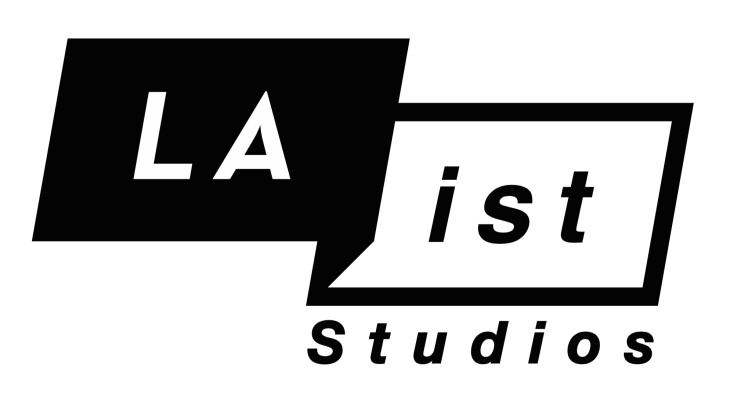 A Western Crime Noir, “California City” Transports Listeners to a Would-Be City of the Future Deep the Mojave Desert, Where Real Estate Developers Have, For Decades, Been Selling a Dream That May Never Come True.

Nick Quah, Preeminent Podcast Pundit and Journalist, Dives into All Things Pod Culture as the Industry Migrates Toward Hollywood in “Servant of Pod with Nick Quah.”

In the anthology series “California Love”, Walter Thompson-Hernandez, tells first-person stories of Los Angeles uncovering the unknownside of a city grappling with issues of race and identity, gentrification and violence, and finding joy and healing through community.

Through Conversations with Industry Leaders Including Glenn Close, Guillermo del Toro, Kerry Washington, Judd Apatow and More, “Hollywood, The Sequel” Looks at Opportunities to Fix Hollywood’s Fault Lines in the Wake of the Pandemic and National Protests

Pasadena, Calif. June 15, 2020 — LAist Studios, Southern California Public Radio’s (SCPR) podcast development and production studio, today announced a slate of four original podcasts set to premiere throughout June and July. The shows — “Hollywood, The Sequel,” “California City,” “Servant of Pod with Nick Quah” and “California Love” — are a reflection of LAist Studios’ mission to tell stories from a uniquely Los Angeles point-of-view and provide a platform for stories about and by its vibrant and diverse community.

“LAist Studios tells LA stories to the world as LA has always fascinated folks beyond borders. Think “Chinatown” to “Boyz n the Hood” to “Once Upon a Time...in Hollywood”. Our podcasts bring universal stories anchored in LA and Hollywood to all, and our intent is to authentically capture the diversity of the city,” said Herb Scannell, President and Chief Executive Officer of SCPR.

Additionally, LAist Studios has tapped GRAMMY-nominated singer-songwriter and So-Cal native Aloe Blacc to create an original song that will serve as the sonic ID in all of the studio’s podcasts. Blacc will co-write and perform the song with rising Brazilian guitarist Fabiano do Nascimento. Born in Rio de Janeiro, Fabiano moved to Los Angeles in 2002 and quickly became in demand for his authentic sound.

Upcoming podcasts from LAist Studios include:

“Servant of Pod with Nick Quah,” hosted by Nick Quah, is a weekly deep dive into the evolving world of podcasts. The show will help listeners explore a medium that's exploded into the mainstream — even catching the eye and wallets of Hollywood — in recent years. In each episode, Nick discusses industry news and gets into the weeds with established and up-and-coming producers, the executives and operators shaping the new podcast economy, and everyone in between, from composers to editors. Along the way, Nick and his guests will also give listeners recommendations on the shows they should be checking out.

With a unique voice and point-of-view, Nick’s Hot Pod newsletter has become the preeminent industry publication among top podcast creators and decision makers. Nick is also a contributor at Vulture, where he writes reviews, essays and features about podcasts. Born in Malaysia, Nick now resides in Boise, Idaho. For musings on the podcast world and beyond, follow him on Twitter at @nwquah.

Over the past several months, Hollywood has been brought to its metaphorical knees. As the coronavirus spread globally, TV and film production was halted, easy funding dried up, and international alliances—including those with China—were impacted. Meanwhile, nationwide protests against police brutality have placed a microscope on the multiple inequalities that exist across the entertainment industry.

Through conversations with influential industry figures such as Kerry Washington, Guillermo del Toro, Glenn Close, Judd Apatow, Ramy Youssef and more, host John Horn will look at opportunities to change the entertainment industry for the better following this moment of severe disruption. “Hollywood, The Sequel” will create a virtual wish list of reform for the Hollywood creative community to consider, debate, and ultimately act upon.

In this anthology series, award-winning journalist and author Walter Thompson-Hernández takes listeners on a fiercely intimate audio tour of his beloved hometown of Los Angeles. Dealing with themes such as race, healing, love, violence, immigration, family and community, Walter tells profound and moving stories of a city in transition — stories of streets that no longer look the way they did during his childhood, largely molded by gentrification; reflective stories that connect the present to his experiences during the 1992 riots and the time he met Kobe Bryant; and entertaining stories sacred to locals, yet unknown to most of the world, about an infamous phone line and the parrots that fill the City’s trees. Each episode chronicles universal truths about the human experience.

Walter began his journalism career with The New York Times, where he channeled his knack for uncovering hidden subcultures through multimedia reporting on offbeat and marginalized communities. A native of Los Angeles, Walter previously lived in New York and has had the opportunity to travel the world through his journalistic work and education. His first book, “The Compton Cowboys: The New Generation of Cowboys in America's Urban Heartland” was released on April 28, 2020.

“California Love” is produced by Megan Tan whose previous podcast credits include critically-acclaimed series such as Gimlet Media’s “The Habitat,” NPR’s “Planet Money,” and “Millennial,” which she created and hosted.

Deep in the Mojave Desert sits California City – a would-be city of the future; a place where empty desert land is presented as a ticket to the American Dream. For decades running, real estate developers have gotten rich by selling this dream to thousands of people, many of whom are hard-working immigrants looking to build a better future. But the reality is much different. The land investments never paid off and the landowners, many of whom scraped together their life savings to buy a plot of land, were left with next to nothing. Today, California City is the third largest city in the state, but less than 15,000 people live there; it’s a one-bar town surrounded by a vast layout of unpaved streets, filled with people too afraid to talk about the heart of the problem.

In this new podcast from LAist Studios, host Emily Guerin tells a story of money, power and deception. It’s a story in which victims can be perpetrators, heroes can be villains -- from the do-gooder attorney who helped thousands of people before committing a heinous crime of his own, to former police chief who decided not to investigate an open secret in his own town. To uncover the full scope of this story, and raise awareness about the thousands of people who were affected, this Western crime noir goes back to where it all got started 60 years ago by an immigrant with a dream of his own.

Host Emily Guerin is a senior reporter at KPCC and LAist. She was recently awarded the prestigious Edward R. Murrow award for her reporting on wildfires and her work on mysterious oilfield deaths was a finalist for the Daniel Schorr Journalism Prize.

“California City” is produced by Arwen Champion-Nicks. Arwen has produced several podcasts prior to her work on “California City,” including the acclaimed podcast “The Big One: Your Survival Guide,” which was named among the top podcasts of 2019 by Vulture, The Atlantic, Indiewire, Thrillist and more.

Southern California Public Radio (https://www.scpr.org) is a member-supported public radio and multi-platform media network. Recognized nationally as a leader in public service journalism and civic engagement, SCPR’s flagship station, 89.3 KPCC-FM, reaches more than 900,000 listeners every week as the most listened-to public radio news service in Southern California. The network’s five stations (89.3 KPCC-FM in Los Angeles and Orange County, 89.1 KUOR-FM in the Inland Empire, 90.3 KVLA-FM in the Coachella Valley, 89.9 FM in Santa Barbara, and 89.5 KJAI Ojai in Ventura County) serve the diverse communities of Southern California with award-winning local news coverage, the most NPR content available anywhere in the region, and signature public radio programs from APM, the BBC and PRI. LAist (https://laist.com) is the network’s award-winning website that combines in-depth local coverage with unique insights into life in the Los Angeles metropolitan area, reaching over 7M people per month. LAist Studios (http://laiststudios.com), a brand extension of LAist, is a dedicated podcast development and production studio that furthers SCPR’s commitment to premium on-demand audio storytelling with a uniquely Los Angeles point-of-view driven by representation. Across platforms, SCPR has garnered more than 500 journalistic honors since 1999.