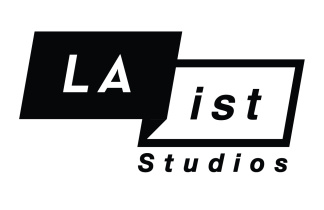 Donation from Prominent Investor Gordon Crawford Expands Organization’s Commitment to Partnering with Creatives to Tell Stories From a Uniquely Los Angeles Point-of-View, Reflecting the Diversity and Culture of the City

Pasadena, Calif. July 16, 2019 — Southern California Public Radio (SCPR) today announced the launch of LAist Studios, a new podcast development and production studio dedicated to expanding upon the storytelling capabilities of SCPR, home of KPCC and LAist. From established stars to up-and-comers and underrepresented creators, LAist Studios’ mission is to provide an opportunity for the vibrant, innovative and diverse individuals that reflect the ethos of LA to redefine their narratives through audio storytelling.

“With LAist Studios, we are making a commitment to telling stories that go beyond the surface to reflect the rich cultural landscape of Los Angeles, embrace the city’s unmatched eye toward diversity and inclusion, and showcase the resolve and hustle emblematic of Angelenos,” said Herb Scannell, President and Chief Executive Officer of SCPR. “Los Angeles is the American City of the next 20 years, and we want to use this as an opportunity to champion its forward-thinking mentality.”

Podcasts from the studio will fall into three distinct categories: a) stories inspired by the Los Angeles conversation; b) Southern California-inspired factual and fictional narrative programs; and c) stories anchored by the award-winning journalism upon which SCPR and its network of public radio stations is built.

“This year, we have found success with podcasts like ‘The Big One’ and ‘Tell Them, I Am’ - both of which were uniquely LA in tone, but spoke to a large national and international audience, showing that the issues that matter to Angelenos matter everywhere, and that the fascination with LA-centric stories is universal,” said Kristen Muller, Chief Content Officer of SCPR. “Future projects will do the same, embracing individuals and stories that are reshaping and redefining what it means to be ‘American.’ We want to hear from and partner with them to provide the resources that will help bring their ideas to life.”

Veteran television executive and producer Angela Bromstad has been brought on as a senior advisor to LAist Studios. In this role, she will act as a key resource to the studio while overseeing development of the initial slate. Bromstad previously served as President, Primetime Entertainment for NBC and Universal Television Studios, where she and her team developed and oversaw some of the network’s most iconic and critically-acclaimed series to date, such as “30 Rock,” “The Office,” “Community,” “Parks and Recreation,” “House” and “Friday Night Lights,” among many others.

Launching LAist Studios is Scannell’s first major initiative after joining SCPR earlier this year as President and Chief Executive Officer. The industry vet was previously a member of the New York Public Radio board for 18 years, serving as Chairman from 2009-2013. He helped pave the way for the organization to become a top podcast producer with the launch of series such as “Here’s the Thing,” “2 Dope Queens” and more. With over 30 years in the industry, Scannell – who kicked off his career working in radio – has successfully led global media and digital organizations including Viacom’s Nickelodeon, Next New Networks, BBC Worldwide North America and Mitú.

LAist Studios is made possible with the support of Southern California Public Radio listeners, led by a donation of 1.5 million dollars from Gordon Crawford, former SCPR board chair and active life trustee, and his wife Dona Crawford. As investors whose influence stretches far and wide within the media and entertainment community, the Crawford family’s support is a show of confidence that LAist Studios will become an institution, progressing SCPR’s continued ability to reach listeners in an on-demand world with LA minded stories that will resonate locally, nationally and globally.

LAist Studios wants to hear from the creative community around the globe about their ideas for the next podcast that will top the charts. For more information or to pitch a concept, visit laiststudios.com.

Southern California Public Radio (https://www.scpr.org) is a member-supported public radio and multi-platform media network, home of flagship station 89.3 KPCC-FM and LAist (https://laist.com), a digital companion that combines in-depth local coverage with unique insights into life in the Los Angeles metropolitan area. Reaching more than 900,000 listeners every week, SCPR is the most listened-to public radio news service in Southern California and is recognized nationally as a leader in public service journalism and civic engagement. The network’s five stations (89.3 KPCC-FM in Los Angeles and Orange County, 89.1 KUOR-FM in the Inland Empire, 90.3 KVLA-FM in the Coachella Valley, 89.9 FM in Santa Barbara, and 89.5 KJAI Ojai in Ventura County) serve the diverse communities of Southern California with award-winning local news coverage, the most NPR content available anywhere in the region, and signature public radio programs from APM, the BBC and PRI. KPCC has garnered more than 500 journalistic honors since 1999, more than all other radio stations in Los Angeles combined. LAist Studios (laiststudios.com), new to SCPR and a brand extension of LAist, is a dedicated podcast development and production studio, furthering our commitment to premium on-demand audio storytelling with a uniquely Los Angeles point-of-view.