NORCO 80: The Aftermath - Guns And Police 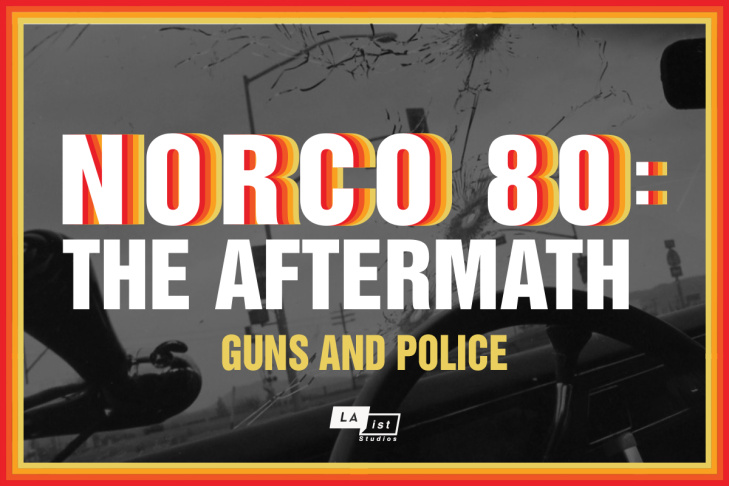 The past year has seen a reckoning over the use of force and the militarization of our law enforcement agencies. But how did we get here? The events of the botched Norco, California bank robbery and subsequent car chase in 1980 are often cited as a precursor to the militarized police force we see today. Over the course of several hours and 25 miles stretching across two counties, two of the Norco perpetrators and one sheriff’s deputy lost their lives. The robbers were heavily armed and vastly out-gunned law enforcement.

In the aftermath of that robbery and pursuit, police and sheriff's departments around the country began ramping up their supply of powerful firearms and use of enhanced surveillance methods. What changes can still be seen as a direct result of what happened in Norco over 40 years ago and how does the fallout continue to be felt today?

On May 20, LAist Studios Executive Producer and Norco 80 podcast host Antonia Cereijido will host a roundtable discussion on the pervasiveness of gun culture and the militarization of the police force.

We’re also hosting a roundtable discussion on how an obsession with survivalism led to the Norco robbery and how this still resonates today as part of this event series. Join us for Norco 80: The Aftermath - Survivalism on May 13.

And catch up on the podcast here